Can This Book Be Saved?

Posted on September 13, 2018 by mainecrimewriters

Kate Flora: As some of you aware, if you follow the blog, recently I’ve been conducting

excavations in my files, looking at old manuscripts and remembering some of the adventures I had writing them. I have plenty of unpublished work. I have the books that I wrote while learning to write, including a mystery set on Sanibel Island, in Florida, where the protagonist is a teacher who flees New England winters and the pain her ex’s constantly canceled visitations is causing their son, and moves to Florida, where she becomes a dog groomer. I’m sure that all that I learned about the City of Sanibel zoning and wetlands protection is so dated my plot will no longer make sense (if it ever did). For now, that one is definitely staying in the drawer.

They say that your early books are often autobiographical, and while that’s not true of my Sanibel dog groomer, that is likely the case with my two law student books, one of which deals with trusts and estates and a family’s attempt to hide a recent will, and the other with banks and lending and discriminatory red lining (the subject of an entire course I took which ended in a dramatic trial). These two are also likely to stay in the drawer, though some day I may reread them out of curiosity or nostalgia for my law school days.

Sitting beside my desk now are three books featuring high school biology teacher Ross McIntyre. I haven’t had the nerve yet to see what I did with drug smuggling (Silent Buddy), antique glass (The Maine Course), and older men who prey on teenage girls (Married Bliss).

I remember very little about these three books. But as a writer recalling interesting experiences in the writer’s journey, I recall that when I started the third book in this series, I had a very clear plot in mind. I’d even made an outline. But at the end of Chapter One, a young girl, a student who was supposed to be in the book, walked into McIntyre’s classroom and said, “You’ve got to help me, Mr. M. I’m in terrible trouble.” I was the author, and supposedly in charge, but I had no idea what kind of trouble she was in. In an experience I’ve never had before or since, the characters then took over, and they drove my typing fingers propulsively for nineteen chapters, at which point, they stopped speaking to me. It was like being at a party where all the guests suddenly got up and left. When I complained that they had to stay and tell me what happened next, they said, “You’re the author. You figure it out.”

One day soon, I plan to pick up Silent Buddy and see how it reads twenty-five years 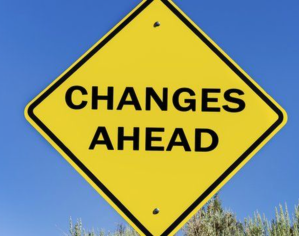 later. Not only has technology changed, but so has the field of biology, the type of drugs that might be being smuggled, and how they might be smuggled. Still, I know I’ll like the scene where they used those woodchuck bombs (still available at your local hardware store) to defeat the bad guys.

This week I finally found the draft of the first book in my Vinnie Malcolm architect series, Bones are Bad for Business. I read through it and made a lot of notes on top of a set of notes I made the last time I read it. There’s some good stuff there, but Vinnie needs more backbone and makeover, and there needs to be more tension and detective work. I’m not sure I want to spend the time on this book, but I need a new project, and it might be fun to see if I can make it into something you will want to read.

Likely, it will get elbowed aside again, as it has before, when I figure out what is happening in Joe Burgess’s life. At the end of A Child Shall Lead Them, Burgess 6, he was so tired he was thinking about retirement. But one weekend this summer, when I happened to have four doctors as weekend guests, they all consulted on his condition and there may be a solution.

So while I putter around, wondering about Vinnie Malcolm, I’m rereading my romantic suspense fairy tale, Runaway, and wondering if readers will understand that it’s a fairy tale?

If you happen to have a good editor in your pocket, will you share?

And don’t forget: leaving a comment on one of our posts makes you eligible to win one of our September giveaways: A signed first edition of Richard Russo’s Empire Falls or the audio book of Louise Penny’s The Long Way Home.

1 Response to Can This Book Be Saved?