The Intriguing Prospect of Leisure

Posted on July 16, 2020 by mainecrimewriters

Kate Flora: Apologies for getting to this post so late in the day. For the past week, I’ve

A sabbatical, you say? Why would you do that? What about us? It is a fair question. After the lonely years in the unpublished writer’s corner, when the books start being published, the relationship between author and work becomes a triangle, where readers are also a big part of the mix. Readers develop relationships with the author, but more than that, and very surprising to me when it happened, is that readers develop relationships with the characters and the stories. Years ago, when a number of popular authors of mystery series dropped or killed off their female protagonist’s significant others, I was surprised t receive messages from my readers telling me that if I killed off Andre they would never read my books again.

Another surprise? A man once told me at a reading that his wife had given him permission to date Thea. And many readers have told me how much they love Joe Burgess. I know he’s the guy I’d like to have watching my back or showing up at my accident or crime scene and some very admirable real cops have helped me shape and understand him.

Thirty-five years in the writer’s chair and characters do become important companions. I used to say that beyond the tip of the iceberg of character that’s on the page, I know more about their childhoods and what shaped them, as well as an understanding of how they see the world. I wrote my first Joe Burgess in response to my beloved sister Sara’s death. Also as an edgy response to people saying “I’ve always wanted to write a book and sometime when I have a free weekend, I’m going to write one.” I was curious about how long it would take me to write a book. Four and a half months after I typed: Chapter One I had finished a 485 page book. A brilliant agent and ruthless editing eventually produced a considerably shorter Playing God.

Lest you think that I am abandoning you, be assured that Thea ten, Death Comes

Knocking, and Burgess seven, The Deceits of the World, are written and in the editing process, so this will not be a year when you will go without new chapters in their stories. There are stories in several anthologies and an essay in the pandemic book, Stop the World, along with fellow MCWers John Clark and Dick Cass.Amazon: https://www.amazon.com/STOP-WORLD-Snapshots-Pandemic-profits-ebook/dp/B08BCS7RGR/

I had hopes that there would be a new character, Rick O’Leary, and a new dark series heading toward your hands and your eyes. But this turns out to be a very bad time to try and sell and dark police procedural with a while male cop as a protagonist.

Several years ago, when I thought I’d settled into a rhythm with my Thea Kozak series: write for nine months, promote for three, the publisher abruptly dropped the series. Back then, I didn’t know how common this was and was devastated. I debated dropping writing and going back to practicing law. Then opportunities came along that widened my horizons. I was invited to become an editor at Level Best Books, and spent some years publishing short stories. I decided to take a chance on writing male cop protagonists, and Joe Burgess was born. Those adventures have carried me through many years. Until now, when I’m feeling weary and uncreative again.

Will I turn to baking? Gardening? Walks by the sea? Reading the books waiting in my vast TBR pile?

Who knows how long I will stay away from my desk? But we are told, and right now I believe, that sometimes it is necessary to step away to refill the well of creativity. Have any of you, out there in readerland, tried it? Was it helpful? What worked for you? Do you think I’ll quickly become restless and sit down to write again? 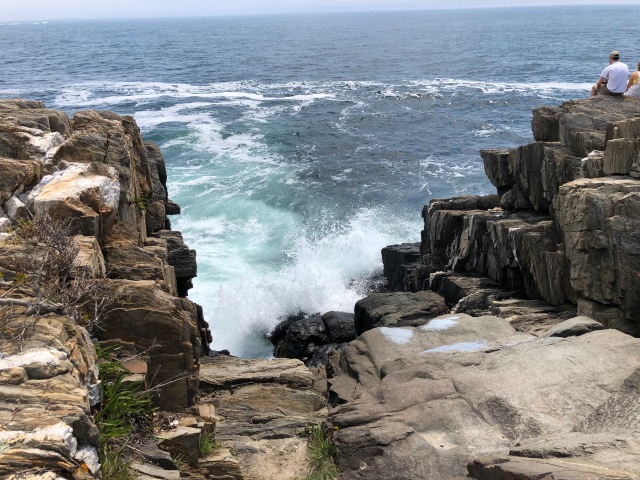 4 Responses to The Intriguing Prospect of Leisure