A Full House of YA Excellence

John Clark sharing five young adult books that are all stellar in different ways. Three are in a series with the final book coming out late last week, just in time for me to write this post. Another describes hardscrabble rural Maine from the perspective of a teen protagonist much like Gerry Boyle has done for mystery fiction and I consider him the absolute best at doing so. The last one is by Katie McGarry, one of the best YA authors around. Since discovering her when I was the Hartland librarian, I’ve pre-ordered and loved every one of her books. What follows are my impressions of these great reads. If you, or someone you know likes young adult fiction, you’re in for a treat or maybe more with these. 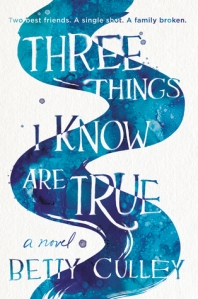 When I reviewed Betty Cully’s Three Things I Know Are True on Goodreads, I described it thusly:

“It’s very clear that Betty Culley has experienced some of the emotional landscape in this book, either personally or professionally. She also captures hardscrabble Maine, the part I’m very familiar with, as well as Gerry Boyle. Written in verse form, this takes readers through a bleak physical and emotional landscape, part of rural Maine where hope left when the local mill closed, sadly a reality in more and more towns. What transpires as you follow the events after Jonah accidentally shoots himself in the head, is first a fracturing between neighbors, so well described as Liv and Clay’s mom meet on the yellow line dividing the dead end street where they live like it was a demilitarized zone. Then you follow Jonah’s care, with the personalities of the nurses caring for him playing their own roles, Liv’s feelings about her brother, as well as Clay, the boy who was her brother’s best friend and who she cares deeply about, then the events leading up to the negligence trial, pitting Clay’s family against Liv’s. You get to see Liv’s inner monologue as she tries to connect with her brother in his new, nearly unresponsive form, deal with how unimportant school becomes and go through the trial and its aftermath. One scene that really illustrates the plight of those struggling when wages and benefits are inadequate, or nonexistent, comes when Liv deals with her mom’s tooth. Read the book to see what happened. This is an excellent look at struggle, grief, love and the real Maine “ 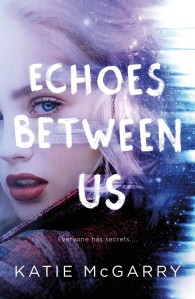 Katie McGarry’s Echoes Between Us features two torn teens from very different economic backgrounds, but who share hidden urges and secrets that pull them together. Veronica sees ghosts and suffers from blinding migraines courtesy of a brain tumor. Her mom died from a brain tumor and left her trucker husband as the only family Veronica has. She stands out for her daring, funky clothing and her close circle of friends, but is sneered at by most everyone else at her school. She’s adamant in her denial that she’s in danger of following her mom’s path in terms of the brain tumor

Sawyer can do no wrong, at least in the eyes of the popular crowd, but has been forced into a role he hates following his parents’ divorce. When he, his little sister and mom move into the apartment on the first floor of the home Veronica and her dad live in, it starts a chain of events that make for a very compelling read, one that includes ghosts, guilt, secrets, a diary that’s 100 years old and plenty of surprises. I won’t spoil anything by saying more, but this is Katy at her best. 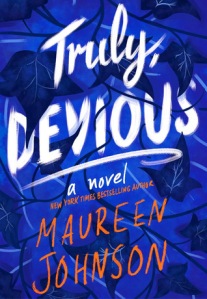 In Truly Devious, The Vanishing Stair, and The Hand On The Wall, Maureen Johnson takes Stevie, a girl obsessed with murder and crime from the Philadelphia home where she lives with her rigid and full of preconceptions/unreal expectation parents and has her accepted by Ellingham Academy, a most unusual private school in the Vermont wilderness. While it’s never mentioned, I got the impression that she’s on the high end of the autism spectrum. 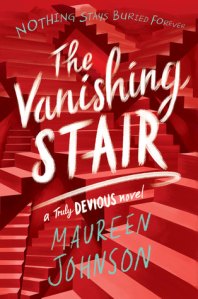 What unfolds in this trilogy is a blend of murder and kidnapping starting when the school opened in the 1930s that intertwine with three murders happening while Stevie and her classmates are at the academy. She’s surrounded by a most intriguing cast of fellow students, every one with quirks, talents and secrets, secret hiding places, tunnels and even political intrigue. 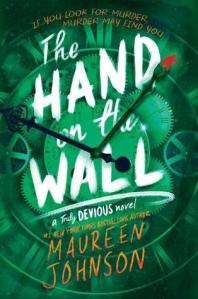 I’m most impressed by Maureen’s seamless weaving of the events from the 1930s school period which includes a kidnapping gone wrong, the obsessions of both the adults and three students from that era, and what happens in the present day at the school. Doing so over three books without seeming repetitious really impressed me. One of the cover blurbs on book three compares the series to Harry Potter and in retrospect, I must agree. If you like atmospheric mysteries with some eerie elements, this series is for you. Best of all, with all three books available, there’s no waiting, so feel free to shut off the phone and binge.