So You Wanna Write A Crime Short Story? Well Do Ya, Punk? Then Just Do It!

In the spring, I challenged my friend, Tim Queeney, to write a short story for the upcoming crime anthology, Landfall. In response, he challenged me to do the same thing. So we set about coming up with compelling ideas and writing our stories. We knew the odds of being included in this anthology were long, but what the hell. Nothing gained, nothing lost. And I had some spare time on my hands.

Writing a short story is difficult. Compression and limitation are the keys. A writer must restrain his or her ambition and examine life in microscopic detail. I’m not sure which writer said it, but the goal is to start your story near the end.

It had been a long time since I had written a short story, but the reality of my career as a writer is that I started out as a short story writer. In 2004 I won the Andres Dubus Award for one of my stories. In 2009 my short story was selected and published in Quarry: Best New England Crime Stories. The next year my story was a finalist for the Al Blanchard Award. Then I abruptly stopped writing short stories and began publishing novels.

After our challenge, I started writing my story. A title had not yet been decided upon. I believed I had a fresh, original idea with a relevant topic, now I just had to execute. The goal was to play small ball. Focus on minor details. Provide character development leading up to the surprise ending (thank you Stephen King for your influence). Tim and I switched stories. We critiqued each other and gave pertinent advice. I loved Tim’s story, “Clearing the Deck” but thought the ending could have been stronger. So he made it stronger.

With the deadline quickly approaching, we were like two Iron Chefs facing against the clock to finish cooking our meals. Finally, feeling like we’d done all we could with our stories, we submitted them electronically and waited. And waited. Would our works be selected for the anthology, LANDFALL? Although I felt I wrote a killer story, one just never knows, I hoped for the best but prepared for the worst. After all, this business of getting published is competitive, brutal and especially cutthroat. Thick skin is a requirement to being a Romeo and a writer

I like writing novels. I like the expansiveness of plotting and developing detailed characters. When writing a novel, you can take your time. Breathe. Create beautiful sentences. Killer plots. Develop wonderful characters. A writer does not have the luxury of these benefits when writing a shorty story under five thousand words. And truth be told, as crass as this may sound, short stories don’t pay much.

After submitting it, I forgot about the story and moved onto other things, like promoting my newest novel, THE NEIGHBOR, and editing my new novel, PRAY FOR THE GIRL, which is scheduled to publish in the spring of 2019. The summer flew by. I took my son down to the University of Miami for his first year of college. My daughter returned to college. The house was now a bit quieter for the wife and I. Life stuff happened and I forgot about my story—until Tim reminded me of it one day. No news in publishing is usually bad news. Maybe they hadn’t got back to us because we didn’t make the cut. Oh well. Rejection is a part of the writer’s life. Deal with it.

Then an email came in September, informing me that my short story “School Daze” had been chosen. I felt elated, almost like I did the first time I was notified. But what about Tim? Would I be getting off the island without him? Tim soon emailed me and told me his story was chosen as well. Hooray! We’d killed it like tag team wrestlers: like Fuji and Tanaka. Out of 215 stories Level Best Books had received, only 31 had been chosen, and ours had made the cut.

So look for LANDFALL: Best New England Crime Stories in October. My short is about an unusual school shooter and I guarantee you that the ending will be a stunner. Will I write another short story? Probably. But my heart is still with the novel, and that’s where my focus will soon return. I’m back to being a double threat as a writer. 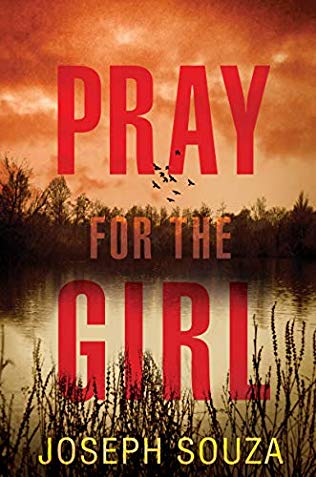 I am a writer of crime novels
View all posts by joesouza →
This entry was posted in Uncategorized. Bookmark the permalink.

3 Responses to So You Wanna Write A Crime Short Story? Well Do Ya, Punk? Then Just Do It!