Just Something That Happened

Posted on June 28, 2018 by mainecrimewriters

Dorothy Cannell: In April my husband, Julian, and I visited our son and daughter-in-law 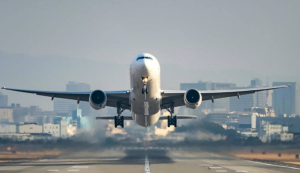 in Arizona.  Our return was delayed a couple of days due to bad weather, and the only flight that could be rescheduled left at midnight with a stopover in Philadelphia.  Additionally, we weren’t able to sit together, but as we were separated by only a couple of rows, each on aisle seats, that was no problem for us.  I have a tendency to be oblivious to what’s going on around me when my hands and mind are occupied so I missed what was happening behind me before take-off.  Then I heard a female voice exclaim, “She so mean to me. So mean to me.”  I looked up from stowing my bag under the seat and saw a flight attendant standing in the aisle and realized from what the attendant was saying that she was attempting to deal with a disgruntled passenger in an aisle seat.

“We can’t have this,” the attendant said.

“She got up to put a bag in the over-head bin and then to go to the bathroom and I had to get out of my aisle seat each time,” snapped back the woman in the aisle seat.

By now I had turned my head.  Standing was a young woman seeking the middle seat in the row, obviously the one I’d first heard because the same words came again.  “She so mean to me.”  The accent (to my less than knowledgeable ear) sounded Hispanic.  I wondered how fluent she might be in English and if not how this frustrating this must be for her.  She was visibly on the verge of tears.  The woman in the aisle seat then bellowed an irate explanation of her view point to the flight attendant.  I offered to change seats with the young woman.

“We can’t have this,” said the flight attendant.  I thought she meant I couldn’t exchange seats.  Then I realized she was repeating her earlier words about the situation because she turned toward the young woman, “You do realize that if you move she will still be behind you.”

The exchange was made, the flight attendant moved off, and I settled in next to the ‘difficult’ woman. She engaged in a gushing monologue about her visit to Arizona and where she was headed.  Unfortunately, it was Maine and I hoped we’d be separated by the length of the plane when we boarded our connecting flight in Philadelphia.  We were interrupted before I’d got out more than “Really” and “How nice,” by a by teenage boy asking if he could get through to the window seat.

“You can” snarled the woman, “so I must get up again!”

Within minutes of this being accomplished a woman in a uniform that did not resemble those worn by any of the flight attendants stopped opposite our row.  “I need you to come with me,” she said in a level voice to the woman seated next to me.

“I can’t,” was the annoyed – irate response, “I’ve already been up and down enough.  My bags are here.  I’m not leaving my bags.  Why should I move?  That girl …” It went on, but she was cut off, by the firm voice from what I now realized was Security.

“You will come with me NOW.  Your luggage will be brought to you,” the security agent commanded.  The woman got up to the accompaniment of furious mutterings and soon disappeared down the aisle.

Julian leaned across to me and whispered:  “They’ll punish her by putting her in first class.”  A moment later a man poked his head up from the seat behind. “You wouldn’t believe the things she said to that young woman.  “Awful.  Hateful.” Other voices joined in condemnation of the behavior and appreciation of how well the situation had been handled. 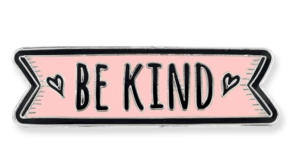 Julian was right about the woman being put in a better seat where she could be kept a close eye on, because we saw her in the deplaning area when we got off.  The young woman came up to me and thanked me for changing seats.  Her English wasn’t good, but her eyes said so much.

I am going back to Arizona next week, which is what reminded me of this incident, and I remembered an article I read years ago about emotional IQ and a mention of Henry James.  When James was asked by a nephew what were the three ingredients to a successful life, he replied:  “To be Kind. To be Kind. To be kind.”

I did what any of us would do in similar circumstances; it cost me nothing but a few moments of time.  I’d like to think it costs even less not to cause unnecessary distress.  Nastiness belongs in fiction, which Henry James proved so well in The Turn of The Screw.

I had purchased a pin from the Green Store in Belfast which says, “Try to be kind.”  I plan to wear it often – especially when I travel.

This entry was posted in Uncategorized. Bookmark the permalink.

6 Responses to Just Something That Happened