Posted on June 7, 2016 by mainecrimewriters

Dorothy Cannell: Some years ago I was talking with a friend who had moved to the U.S. from England as an adult, as I had done. Our conversation revolved around the strong pull that the country of our birth and upbringing still had upon us both.

“But how much is nostalgia?” She mused. “Our England was rooted in the forties and fifties. That world is gone; but we’re left wanting the village – the thatched cottage next door to Miss Marple.”

In my case there had never been the village or cottage thatched or otherwise; the reality 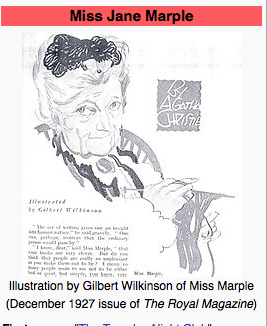 had been an ordinary town with nothing picture post card about it, but there had been Miss Marple met during my early forays in reading mysteries. For me one of the wonders of fiction is that it took me from an early age to places that I could weave into my reality in the sense of their becoming part of who I am. The vast majority of the books I read during my childhood came from the library where I went almost every Saturday afternoon with my father. Those memories instilled a lifelong love of libraries. For the availability they provide of catching a magic carpet ride to a thousands of destinations I might otherwise never visit, I am deeply grateful.

When my husband Julian and I moved to Maine in 2004, I had a sense of coming home. In England whether in town or village, one is never far from the sea and much as I had enjoyed living in the mid-west I had felt landlocked. Here I additionally felt restored to a simpler time, before life became so fiercely busy that the days get eaten up without the opportunity to savor their aroma let alone taste them.   A place where community still matters, sustaining and enriching within the wide range of happenings between festivals or funerals.

These thoughts are in the forefront of my mind because last Saturday I participated in an open house celebrating the centennial of The Waldoboro Public Library. I had not been to Waldoboro previously, but once turning from Route 1 onto Main Street there was again that tug of familiarity, the recognition of Maine’s small town variation of an English village. A location where people’s lives intertwine with those of their neighbors, their past and their present.

I arrived a little early because afraid of getting lost enroute. Other authors (including Lea Wait) and local celebrities were present. There was a loaded table of wonderfully good things to eat supplied by volunteers, but it was the warmth and cheerful excitement of celebrating a majorly important anniversary of Waldoboro’s history that encouraged me to ask if there was a booklet regarding the establishment of the library and it’s growth that I could take

Here are some excerpts from The Waldoboro Public Library 1916 to 1983.

‘In 1916, a group of Waldoboro residents met formally and set up the procedure for answering what they saw to be Waldoboro’s need for a public library.

‘In the beginning, the books that were to form the core of the collection were gathered from personal libraries, donated by local institutions, purchased with money given by local groups and individuals, thus forming a truly representative collection of books, which people enjoyed, considered useful, or wished to consult. It is a concept that once pervaded all libraries and that is seen most clearly in small libraries in which every dollar spent on books must be turned twice in order to get the community’s money’s worth.’

‘As with most libraries, the policies and the patrons adjusted to each other by degrees – hours changed and changed again, emphasis went back and forth between educational and recreational usage. Policies, which were to continue into tradition, began and grew. The use of a pay shelf (with a charge of two cents a day in 1918) for the latest best sellers, the two-librarian system in 1967 on the retirement of the redoubtable Sarah Lash who had been the librarian for 37 years, the volunteer nature of much of the work of running the library.’

I like that – Change walking arming in arm with the Past into the Future.

9 Responses to The Waldoboro Public Library