A Vocabulary for Fall

Posted on September 15, 2020 by mainecrimewriters

Kate Flora: Years ago, my mother’s Christmas gift to me—still a lawyer aspiring to be a

writer—a copy of Rodale’s Synonym Finder. Over the years, as I transitioned from lawyer to writer, that book has always lived beside my desk, and lists of words have been taped to the wall above it. My family loved word play, and the dinner table was a lively place as we played with words and groaned at Brother John’s awful puns. I’m sure that some of the pleasure of creating my characters is seeing how distinctions develop among the ways they use words and how those distinctions arise from their backgrounds and the way they see the world.

After her stroke, when my mother was still determined to write her weekly column for The Camden Herald, she began one that described the late fall fields at the farm as “sere.” It was such a perfect, evocative word for what happens when the frost has taken away the color and the world becomes more monotone, more shades of fading gold and brown. 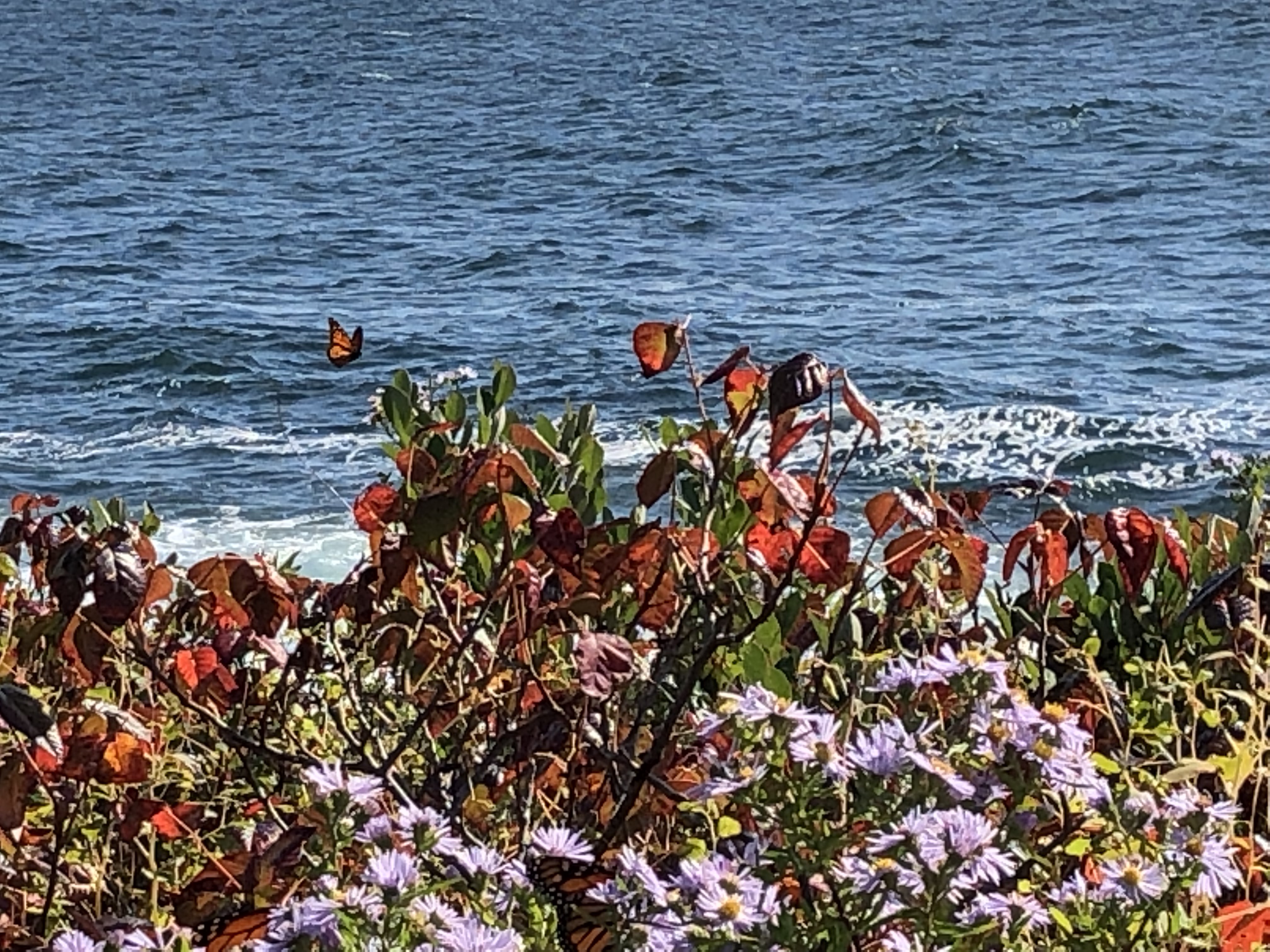 The character in my Joe Burgess police procedurals, trained by his mother to stop and see the world, often challenges me to slow down and see the world that he would see, and I am grateful. As I drive south on I-295 from Brunswick, I will pass what I call Burgess’s salt marsh, and observe how it changes through the seasons from brown in spring—land and mud nearly the same, to vibrant green in summer, to gold that deepens and then grows pale in autumn.

Slowing down and seeing and listening comes not only from my characters. It began with my mother, who was so passionate about observing life on her hilltop farm in Union from sunrises over the orchard and sunsets over Sennebec Pond. In her collection of columns, From the Orange Mailbox, she writes:

“. . . as we pass the autumn equinox, the earth is beginning to cool off. The chirping

fiddling insects quiet their night songs but come out at noon, warming themselves by

She was a better observer of the land and the changing seasons than I am. I struggle to 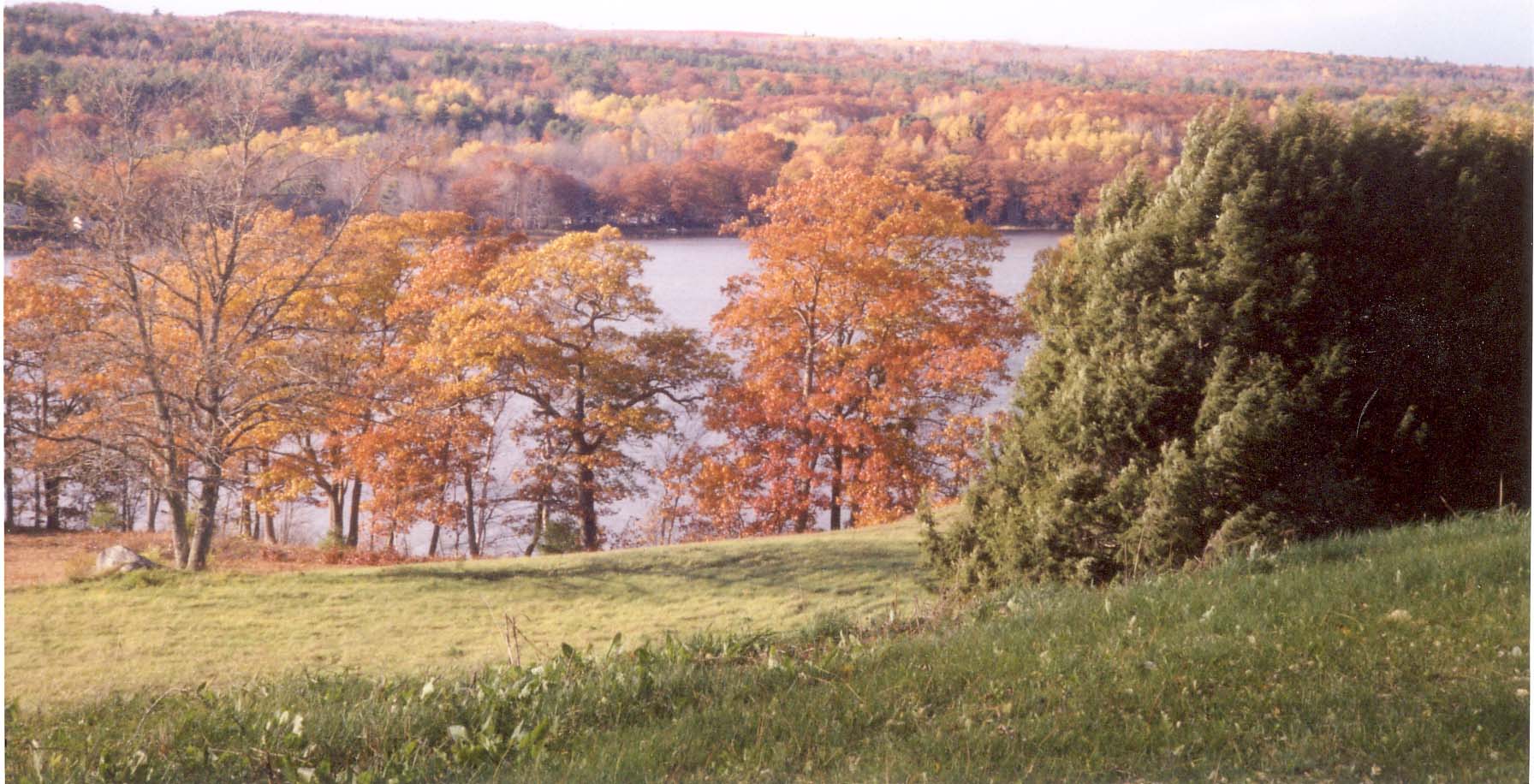 describe the smells of late August and September, when the plants are drying in the heat and the air smells of hot vegetation and dust and warm grass. When the air changes over from dry to the first faint scents of damp and decay. When a walk will bring the surprise of  the season’s last roses, or smelling warm apples or the intoxication of ripe Concord grapes.

It is interesting that in my synonym finder, when I look up fall, I get descend, sink, slip, decline, diminish and wane, when we tend to see the word as inspiring thoughts of brilliant color, surprisingly blue skies, the bounty of harvests and invigorating air. I always remember driving from Augusta, when I worked in the attorney general’s office, east on Route 3 early in the morning, seeing the valleys and hollows filled with dense white fog against the purple shadows of hills, and passing fields of golden corn and the bright orange of pumpkins and roadside ditches filled with purple asters.

It is true that fall can be depressing—the great crescendo of color before the dark of winter—and make us sad. But it also is a time to take note, breathe in the majesty, and to feel vibrantly alive.

What is sometimes called a

or an arm extended burning

is only the long

red and orange branch of

into the greenest field

out of the green woods   at the

edge of which the birch trees

all through the hot summer

Or this thoughtful piece:

Every October it becomes important, no, necessary

to see the leaves turning, to be surrounded

by leaves turning; it’s not just the symbolism,

to confront in the death of the year your death,

one blazing farewell appearance, though the irony

isn’t lost on you that nature is most seductive

when it’s about to die, flaunting the dazzle of its

incipient exit, an ending that at least so far

have not yet frightened you enough to make you believe

is real; that is, you know this ending is a deception

because of course nature is always renewing itself—

go out in style, and return in style: a new style.

This entry was posted in Uncategorized. Bookmark the permalink.

8 Responses to A Vocabulary for Fall