Social Distancing in Maine Means ‘Get Out There!’ 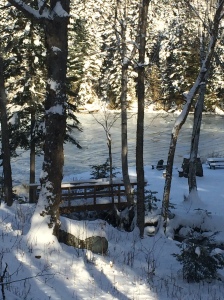 Sandra Neily here, admitting I’ve put way too many frozen veggies in the freezer. Given how some things are flying off the shelves as people prepare to stay home more, there does not seem to be a run on frozen peas and lima beans.

Seriously, this is a challenging time when daily the news sometimes makes it hard to breathe. Because it looks like I won’t be using all my Portland Stage tickets, but I will be using my skis and hiking boots, I decided to reprint part of a recent blog that helps people find wild Maine places (and support those places as well.)

I plan to take a good book, park myself on a rock near melting ice on Moosehead Lake, and be social with returning birds and deer drinking from widening puddles. 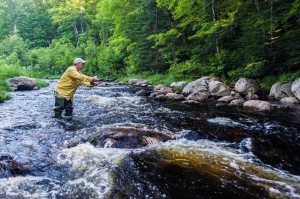 Maine’s Public Lands: Some of Maine’s most outstanding natural features and secluded locations are found on Maine’s Public Lands. The more than half million acres are managed for a variety of resource values including recreation, wildlife, and timber. See this GREAT Public Lands Video,“The Untold Secret.” https://www.youtube.com/watch?time_continue=3&v=_otWtJlT_r0&feature=emb_logo 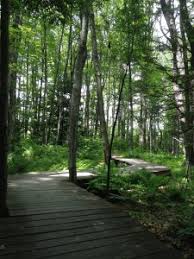 Portland Trails is a land trust.

Land Trusts (Find 80 of them, here!)  One reason Maine has such an active land trust community is because Maine has the lowest percentage of public lands among all states in our region. At 6.5%, it is also one of the lowest percentages in the country, lower than 36 other states. Most of our iconic coastline (at least 95%) is privately owned. 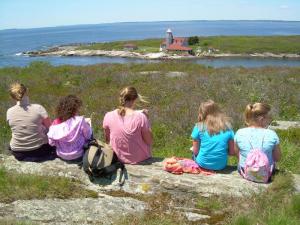 Maine boasts more than 80 land trusts, community-supported, non-profits that have permanently conserved more than 2.5 million acres–12% of the state. ACTION: Find, walk, hike, hunt, fish, and paddle on Maine land trusts. Join a trust near you; donate and volunteer!

The Land for Maine’s Future Program is the State of Maine’s primary funding vehicle for conserving land for its natural and recreational value. The program was established in 1987 when Maine citizens voted to fund $35 million to purchase lands of statewide importance. 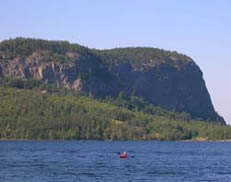 Mt. Kineo was one of the first purchases of public land through this fund.

The prime focus remains the same – conserving the prime physical features of the Maine landscape and recognizing that working lands and public access to these lands is critical to preserving Maine’s quality of life. Most of these areas are managed as public lands.

ACTION: Contact your state Representative/Senator. Ask/her/him to always fully fund LMF bond proposals. Remind them that these purchases are always matched and supported by federal or privately raised funds. In other words, our state dollars attract millions more conservation dollars.

The Maine Outdoor Heritage Fund has been helping to fund critical wildlife and conservation projects throughout the state since it was created by the Maine Legislature in 1996, in response to a grassroots effort from environmental and sportsman’s groups who recognized that wildlife and habitat conservation were poorly funded … if at all.

The MOHF and lots of dedicated volunteers made the Royal River Trail happen.

Supported through proceeds from a lottery ticket, MOHF often finds its funds lagging while grant proposals continue to pour in. The more tickets that are sold, the more wildlife and habitat can be protected. 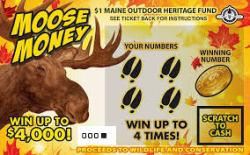 Find tickets at convenience stores, gas stations, and other outlets where Maine State Lottery tickets are sold. ACTION: Buy MOHF tickets.Something simple you can do that will add up.) Thank You!*****

And from what I know of Wendell Berry, he would not mind his words being shared out at this time.

The Peace of Wild Things

When despair for the world grows in me
and I wake in the night at the least sound
in fear of what my life and my children’s lives may be,
I go and lie down where the wood drake
rests in his beauty on the water, and the great heron feeds.
I come into the peace of wild things
who do not tax their lives with forethought
of grief. I come into the presence of still water.
And I feel above me the day-blind stars
waiting with their light. For a time
I rest in the grace of the world, and am free.

Sandy writes about the disappearing Maine. Her novel, “Deadly Trespass, A Mystery in Maine,” won a national Mystery Writers of America award, was a finalist in the Women’s Fiction Writers Association “Rising Star” contest, and she’s been a finalist for a Maine Literary Award. Find her novel at all Shermans Books and on Amazon. Find more info on her website. The second Mystery in Maine, “Deadly Turn,” will be published in 2020..