I’ve Loved Them All

Posted on May 6, 2019 by mainecrimewriters

different meanings. We have birthdays every year, but anniversaries start with, and then mark, unique events. This year is my 61stsummer on Deer Isle. My husband and I have been married for 44 years.  It’s the 50thanniversary of the first moonwalk—as well as my college graduation. And it’s a Silver Anniversary for the Faith Fairchild series with The Body in the Wake, number 25.

When the first book in the series, The Body in the Belfry, was published in February 1990, I was looking more toward a second anniversary—cotton—than a silver one, 29 years later! Writing about Faith and her family has been a golden opportunity for me as a writer. I have been able to sustain one character across a number of significant life events: a prequel as a single woman set in her native Manhattan when she is just starting her catering—and sleuthing—career, continuing through marriage, child rearing (and no, one is never done). through good times and bad.

I started thinking about the 25th several books ago and there was no question that the milestone had to be a Sanpere (aka Deer Isle) one. The Body in the Wake is the sixth Maine book and the third featuring the character Sophie Maxwell, who was introduced in The Body in the Birches. Right away, I liked writing about these two women, who are in very different stages of life but share the same values and especially a sense of humor. Married for almost three years in this book, Sophie is fretting about not getting pregnant. Faith, who has been married much longer, but would not describe herself as an “old married lady,” has two children in their late teens. Sophie and Faith’s close friendship was forged under unusual circumstances—most bonding does not come about because of murder!

I decided an anniversary book needed a wedding, so The Body in The Wake ends with Samantha Miller and Zach Cohen’s nuptials on a perfect Maine afternoon in a meadow high above The Reach with the Camden Hills on the horizon. However, before getting to this point, Samantha, the daughter of Pix and Sam Miller—the Fairchilds’ closest friends in Massachusetts and Maine—has to wait out several plot twists, one involving her difficult future mother-in-law, the other Faith’s discovery of first one body with an unusual tattoo and then, a week later, another.

I flat out loved writing this book. The temptation was getting carried away by the scenery and anecdotes about the place, but it’s a mystery, not a travel guide. I reined myself in and let go in other ways, such as describing the fiction writing course that Sophie takes at the former Laughing Gull Lodge, now the Sanpere Shores Conference center. Plus, it wouldn’t be a Faith Fairchild mystery without plenty of food. When the Shores’ chef falls ill, Faith takes his place, joining daughter Amy, who had been working there all summer as sous chef. Maine food is delectable with literally an ocean of ingredients close to hand. Faith serves up her own special lobster rolls, seafood risotto, and chowder, as well as old-fashioned wild Blueberry Buckle and a modern farm-to-table chilled fresh pea soup with mint.

I couldn’t resist adding a subplot involving a dispute between two neighbors over clear cutting trees. Think “The Sound of Chainsaws”. Other local references have to do with the Maine Lobster Boat Races and Fishermen’s Day on the town pier in Stonington, complete with Wacky Rowboat races.

Finally, Sanpere is not paradise, despite Faith’s and my deep feelings for it. It is this 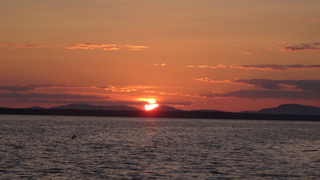 feeling that pushed me to write about the very real problem of substance abuse. I dislike what I call “Soapbox Mysteries” in which the author’s opinions are rammed down a reader’s throat. The author is not a storyteller, but a proselytizer. That said, I wanted to write directly about the opioid crisis as it is affecting this one island in Maine. When we have roadside clean-up days now, we are told to be careful not to touch syringes and other trash indicating how widespread the problem is. I wanted to write about the fact that addicts are our friends and family members, not criminals. That relapsing is almost inevitable and we just need to keep trying, supporting those in recovery and helping those who want it to get into the all too few programs.

The character in the book with the addiction problem is Samantha’s matron of honor, a young mother an island native. She becomes addicted to opiates after they were prescribed for a severe injury.I have nothing but deep-seated fury for the drug companies that aggressively marketed opioids knowing how addictive they were even as they marketed recovery drugs for the scourge they created. Win/win. Hell is too good a place for them.  At the opposite end of the spectrum, are the people in Maine, and elsewhere, working to address the epidemic that was created. Healthy Acadia, The Island Health and Wellness Foundation, Deer Isle’s Opiate-Free Island Partnership are the ones I’m working with in Hancock County. These individuals are heroes and I am in awe of them.

Anniversaries. Every book has a bit of all the books that came before it incorporated into it and this one most of all. In the Author’s Note I write that the Beatles’ song, “In My Life” kept running through my mind—“There are places I remember.” So it is with the books. As I’ve traveled through 25 of them with the Fairchilds and friends, as Lennon wrote, “I’ve loved them all.” 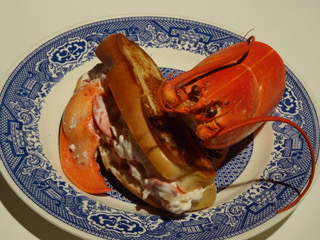 Katherine Hall Page is the author of twenty-four previous Faith Fairchild mysteries, the first, The Body in the Belfry, received the Agatha Award for best first mystery. The Body in the Snowdrift  and Page’s SS, “The Would-Be-Widower” were also honored with Agathas. The recipient of the Lifetime Achievement Award from Malice Domestic, she has been nominated for the Edgar, Mary Higgins Clark, Macavity, and Maine Literary Awards. She lives in Massachusetts and Maine with her husband.

This entry was posted in Katherine's Posts and tagged Deer Isle, Faith Fairchild, Katherine Hall Page, The Body in the Wake. Bookmark the permalink.

2 Responses to I’ve Loved Them All