Posted on April 8, 2019 by mainecrimewriters

Kate Flora: At a seminar on marketing this past weekend, sponsored by Sisters in Crime, presenter Jess Lourey emphasized the importance of that back cover copy or descriptive blurb, including the startling information that on Amazon, we authors can edit or update it. Wow. Then she gave us the “in class” assignment of writing a short, medium, and long synopsis for one of our books.

I confess, right up front, that I hate writing a synopsis, long or short. I would rather write an entire book than struggle with trying to get that story into a few pithy sentences. I almost raised my hand and asked if there was someone we could hire to do the job. But I’m supposed to be a grownup, professional writer, so I bent to the task. The instructions were to build it around the 3C’s–character, conflict, and a cliffhanger.

and they sound like they came out of a can. The hero/heroine’s investigation reveals surprises from the past that threaten to overwhelm. The words like dark, twisty, and chilling appear like clockwork. Now I understand that they’ve studied the blurbs/synosis for twenty top bestsellers and picked up the essential words that seem to draw a reader’s eye.

The book is titled: A Child Shall Lead Them. In ten minutes, this is what I produced.

Portland, Maine detective Joe Burgess has sworn he’ll work no more cases involving child victims. The discovery of a young girl’s mutilated body changes that, sending him on a quest that will will turn up four more trafficking victims the search for fifth child who is still missing.

After a series of horrific cases involving children, Portland, Maine detective Joe Burgess has said “No more brutalized children.” The discovery of a young girl’s body in a city park changes that. As he tries to identify the headless, handless victim using her unique tattoo, the search leads to an empty house and four helpless girls chained in a basement. Then the girls tell him that a fifth girl–a child name Isabella–is still missing. 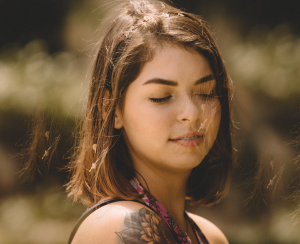 After a series of horrific cases involving children, Portland, Maine detective Joe Burgess has said “No more.” Then his Fourth of July picnic is spoiled by a body in a local park. His challenge? To identify the brutalized young girl when the body is missing both head and hands.

When a man purporting to be looking for his missing foster daughter contacts the police, suspicious officers follow him to an abandoned hour, where they discover four young girls chained in the basement. A fifth girl, their little sister, is still missing.

Burgess and his team must race against time to identify their victim, find the men who trafficked the girls, and locate the still missing Isabella. Then Burgess’s young niece, Cherry, who wants to be a cop someday, decides to “help out” by doing some sleuthing on her own, and delivers herself into the hands of men who sell young girls for sex.

So now, a chance to see whether my first attempt will draw a reader’s eye. And if not, you, dear reader, are free to offer edits and suggestions. Your suggestions are also welcome on these possible cover photos. 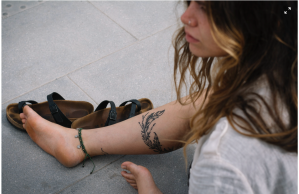 This entry was posted in Kate's Posts and tagged A Child Shall Lead Them, blurb writing, Joe Burgess, the synopsis. Bookmark the permalink.