I know, I know. You’ve heard it all before. Authors say it all the time. “I’m finishing up my book on a deadline so I can’t blah blah blah.”

But it’s true! It happens. These babies don’t write themselves.

So, for my post today, either a special treat or a lame way to get out of writing a post, depending on your point of view, here’s the first scene in Bad News Travels Fast, the third in the Bernie O’Dea mystery series. It’s due out this fall.

Keep in mind, what you’re reading here hasn’t been edited or scrutinized by my publisher, so it’s either a special treat or an annoyingly raw scene. Again, depending on your point of view. [Don’t be concerned about typos, etc. It WILL be edited, it’s moving through the pipeline even as you read this. Thanks!]

I hope you enjoy it. Frankly, I’m a little sick of it. 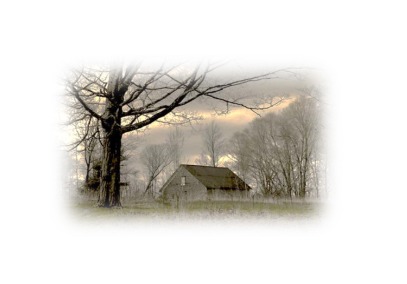 Lydia Manzo lay dying less than a mile from where she’d wandered off the Appalachian Trail.

She lay dying less than half a mile from where searchers passed not once, not twice, but four times.

She lay dying as the search moved farther from her campsite in the deep Maine wilderness, then was scaled back.

She lay about as close to expiration as a human can be and still draw breath, for the rescue that was never going to come.

Then someone murdered her.

It was tragic, it was incomprehensible. And it was a secret.

“I don’t accept this.” Bernie O’Dea was too hyped up to sit down. She paced the  police chief’s office, bouncing on her toes.

“Bernie,” said Pete, the chief. “Bernadette, why don’t you sit down?”

She could feel his eyes following her, like one of those Jesus photos her parents’ old aunts all had. “As a newspaper editor, I don’t need anyone’s permission to write that someone killed her, I just need someone to say it on the record.” She stopped pacing to look pointedly at the fire chief, who sat with his arms crossed, long legs stretched out in front of him, in the corner, like he was hiding. Or being punished. Her look was wasted on him. He was looking at his feet. She turned back to Pete and tried the same look. It didn’t work with him, either.

Sit down? She was never going to sit down again. “She was murdered. You know it, I know it. Sandy knows it.” She glared at the fire chief again. “I don’t understand why I would write anything else.”

“Maybe she was murdered.”

“Maybe, Pete? MAYBE? It’s Sandy’s call,” Bernie said. “He saw what he saw. He’s the one who knows. He’s the goddam fire chief for chrissake. If people aren’t going to believe him, who will they believe?”

Sandy shifted, but didn’t look up. He face was bright red. She glared, trying to will him to look up, wondering how much of this maybe wasn’t even about Lydia Manzo at all.

“Bernie,” Pete said. “Bernadette. Please sit down and talk about this like the rational adult I know you are.”

She knew how she was acting. She knew she could never act this way with anyone but him. She was taking advantage. Sandy and Pete had already talked about it before she’d arrived that morning. She could tell. The fight went out of her and she sat down. The medical examiner’s report that she’d printed out before racing the two blocks from the newspaper office to the police station was twisted into a tight, damp knot in her hand. She opened it and smoothed it on her lap, feeling Pete’s eyes on her.

“This report,” she said, trying to sound calm. Trying to sound like the rational adult he thought he knew she was. “Is a piece of shit. How can they call it suicide two days after and not even investigate? And why would I not write what I already know to be true? I’m asking rationally.”

Pete took a deep breath. “It doesn’t matter what Sandy thinks he saw,” he said.

Sandy’s head jerked up and Bernie felt a nice punch of satisfaction. Come on, fella, get in the fight.

“It’s not my case,” Pete said. “It’s the state’s. They’ve ruled it a suicide. Every sign points to it being one.”

Bernie geared up to respond. Pete held up his hand.

“Including the Ziploc bag over her head,” he said. “And the fact that she was in a remote spot where no one would likely go to kill her. She was near death in the middle of nowhere, and that’s not only a suicide motive, but a really bad potential murder victim.”

“Don’t try to make it sound like it makes sense,” Bernie said. She turned to Sandy. “You’re sure of what you saw, right?”

He shrugged. “Does it matter? The medical examiner and the game wardens who carted her off didn’t see it and won’t back me up.”

Aw shucks, what me know something? “I can’t believe you guys,” Bernie said. “Fine pair you are.” She got up. “I have a newspaper to put out.”

“Bernie,” Pete said. She knew that voice. Caution. Slow down. Don’t go there.

“Don’t worry,” she said. “It’s off the record. I’m not printing it, at least not until you two come to your senses.”

“I really am sorry,” Pete said as she walked to the door.

She knew he meant it, but she didn’t want to give in. “Sorry doesn’t help.”

“You’re buying.” She closed the door—softly— knowing coming from her it had much more of an impact than a slam.

Maureen Milliken is the author of the Bernie O’Dea mystery series. Follow her on Twitter at @mmilliken47 and like her Facebook page at Maureen Milliken mysteries. Sign up for email updates at maureenmilliken.com. She hosts the podcast Crime&Stuff with her sister Rebecca Milliken.
View all posts by Maureen Milliken →
This entry was posted in Maureen's Posts and tagged am writing, Bad News Travels Fast, Bernie O'Dea mystery series, new book. Bookmark the permalink.