Dreaming About What's Next

Posted on December 12, 2016 by mainecrimewriters

It was at least this big

I can make stuff up all day long sitting in front of this keyboard, but at night, my dreams are as literal as literal gets.

One recent night—hours after finishing a major (but by no means final) revision to the first book in a new series—I dreamed I was on a huge ship.

I was standing on deck with a successful writer acquaintance whose work I admire. Not coincidentally (as I say, a solid line connects my dreams to my real life) before I went to bed that night I’d checked this writer’s website to remind myself which of her books I have yet to read so I could add one to my holiday wish list.

Back to the dream. After telling me she had to go launch her next book, this accomplished writer climbed onto an enormous water slide appended to the side of the ship.

I could see from where I stood that the slide ended at the ocean, making it an ultra-fast way to disembark.

(In the way of all dreams, I hadn’t noticed the water slide until that moment.)

With a little wave over her shoulder my writer hero flew down the slide with a whoosh and splashed into the blue, blue sea.

Then she began to swim—a powerful Australian crawl stroke—toward the horizon.

I watched her swim with energy and confidence toward whatever lay ahead and wondered if I could summon the nerve to zip down the slide—it was at least five stories high—much less undertake an open-water swim to an unknown place.

That’s when someone tapped me on the shoulder, making me aware for the first time I was at the head of a queue.

While I am nowhere near launching a new book, I had similar dreams when my Joe Gale mystery series was in utero, night after night of working through my worries while I slept.

I dreamed the characters in my book came to life and were nothing like how I imagined them. Joe was lazy and bored in his job at the newspaper. Christie had three little kids instead of one teenage son and ignored Joe when he came into her diner.

I dreamed I was standing in front of an expectant audience preparing to read a passage from one of my books when I developed the worst case of dry mouth of any writer in the history of time. When I finally generated enough saliva to croak out a greeting I looked down at my pages and they were blank.

I dreamed there was a real-life Joe Gale who sued me for using his name. No one could explain to me why that was an actionable offense. The trial began before I could prepare my case. It was televised(!) and I lost.

You get the idea. It’s nerve-wracking to put oneself out there. But I’ve been around the block three times now and know these crazy dreams are simply part of the process.

While I can’t say much about my new project—because jinxes are even more real than dreams—I’m as excited as heck about it. For those who have grown fond of Joe Gale, rest assured I am not done with him (or perhaps I should say he is not done with me.) But there’s a new protagonist in the wings and I think you’re going to like her. 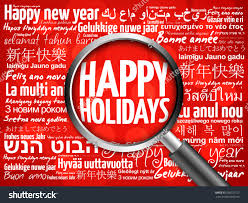 As this is my last MCW blog post of 2016, I wish to thank my wonderful MCW colleagues and all of you who read this blog for your ongoing support for my work. I wish you the happiest of holidays.

10 Responses to Dreaming About What's Next