How to Outline Using the 3-Act Structure

Posted on November 18, 2019 by jenbloodauthor

A few nights ago, I had the pleasure of sharing the spotlight with the illustrious Bruce Coffin during a reading at Walker Memorial Library in Westbrook. The new space there is beautiful, the audience was great, and – as an added treat – Bruce read from his upcoming Detective Byron mystery, so it was material I hadn’t read/heard before. All in all, a great evening. During the Q&A session at the end, Bruce and I were asked whether we knew what the ending to our novels were before we began, and what our writing process generally was beyond that. Which inevitably got me thinking.

When I first started writing, I rarely had any idea how a story would end or what kind of twists and turns I might find over the course of the process. I liked it that way – it meant more surprises for me, and I loved going along with the characters on a journey that could ultimately take us anywhere. Eventually, I would invariably find my way and at some point I would get where I was going. During that process, there were usually a few false starts and sometimes I would figure out that the bad guy was someone I hadn’t even suspected initially, which would mean having to go back and retrace my steps, plant clues that might not have been there before, and make sure I hadn’t inadvertently written a solution to the mystery that would be disproven by some detail dropped earlier in the novel.

That worked just fine when I was working on a novel consistently for ten or twelve hours a day, six days a week. Back then, I lived in an apartment alone with two dogs and worked from home. My characters were my friends, I lived the story I was writing, and I was so immersed in a work-in-progress, it felt like I inhabited those words. Now, I live in a giant house with a dog and a cat and a man and sometimes that man’s seventeen-year-old child. There are gardens and shared meals and dog walks and doctor’s visits and so, so, so much vacuuming. I need a way to keep track of my novels, now that my writing isn’t exactly the central focus of my life. Which is where outlining comes in.

I’ve always outlined to some extent. A few years ago, however, I got very interested in three-act structure – one of the oldest, simplest, and best-known types of dramatic structure. To be clear, when I talk about three-act structure I’m talking about several specific components that make up a dramatic work. These are the basics, and I’ll just use a simple story about a round orange cat to illustrate what I mean.

Inciting Incident – The event that sets the story in motion. Within the inciting incident, there is often the foreshadowing of the Obligatory Scene – the inevitable moment readers are waiting for, when the protagonist fulfills his destiny.
After a heated argument in which our protagonist’s virility is impugned after he’s compared with the neighbor’s conceited Russian blue, a round orange cat leaves his lady friend cat at home, and goes out seeking adventure. He spies a plump bluebird, and climbs a nearby oak to catch said bluebird.
Turning Point #1 – A complication shifts the story in an unexpected direction.
The bluebird flies away, and ROC (round orange cat) can’t get back down the tree.

Midpoint – A dramatic event deepens the conflict for the protagonist and intensifies the readers’ suspense/ups the stake in the story.
ROC, still stuck in the tree, smells smoke and realizes a nearby house is on fire. The flames are getting closer. 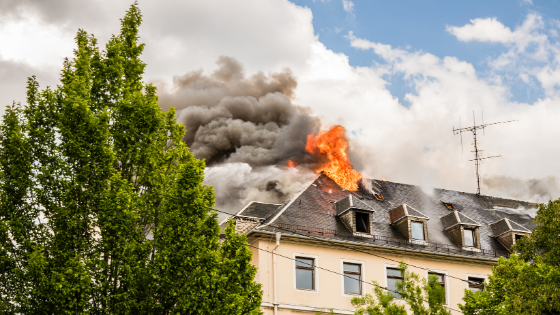 All is Lost – Events seem to be conspiring against the protagonist; there is no apparent way out of the dilemma in which they have found themselves.
ROC tries once more to climb down the tree, but is paralyzed whenever he tries to venture from the branch he’s been perched on for an hour. Meanwhile, sparks from the nearby blaze are beginning to land close to the cat’s tree.
Dark Night of the Soul – With no apparent solution and all hope lost, the protagonist despairs. How will he solve the crime/rescue the girl/save the world?
Alone and terrified, certain that his lady love was right and he truly is worthless, ROC hunkers down and prepares for his demise.

Final Commitment – Some internal or external force restores the protagonist’s faith in himself, and he is now determined to prevail.
ROC hears the cries of his lady friend cat, and realizes she is in dire need of saving.
Crisis – The sequence of events that sets the climactic scene(s) in motion.
Terrified but determined, ROC faces his fear and slowly, painfully makes his way back down the tree.
Climax – The moment everything has been building toward (frequently, the obligatory scene foreshadowed at the inciting incident, or a twist on it).
Down from the tree, ROC evades the flames, finds his feline love, and is about to save her when he realizes she’s trapped with the neighbor’s Russian blue. They’ve clearly been consorting for some time. Hurt but nevertheless heroic, ROC risks his life to save his feline damsel and her unsavory cohort.
Denouement – The final strands of the piece are pulled together and random bits are explained as needed.
On solid ground once more with the feline damsel enraptured by his heroic act, ROC turns his back on her and Russian blue and leaves with a pudgy tortoise shell named Sheila.

So, that’s three-act structure in a nutshell. When I first started using it, I would either apply the elements retroactively to a completed draft of my novel, or I would start using it halfway through the novel as a basic guide to figure out where I was going. I found it challenging, however, if I didn’t have a clear understanding of what the novel was about as a whole.

Then, I read an article on outlining that suggested coming up with the ending of a story first – before getting anything else down on the page. I’ve looked high and low to try and find that article, or who wrote it, or what else is in it, and I unfortunately can’t. The only thing I remember is the recommendation that an author try coming up with the ending first. I think I stopped reading at that point, because I wanted to try applying it to whatever novel I was working on at the time. I did, and the rest is history. For me, the pieces fell into place from there. This, then, is how I outline a novel in full before I begin writing.

I start with the ending. With all of this, keep in mind that there’s always room to play – no one says I have to stick with the outline. Characters still surprise me, and I’ll often find halfway through the novel that the ending I’ve written or the twists I’ve manufactured can be outdone by something else. But, I start everything with some ending.

From there, I go through and write an outline based on the three-act structure explained above. I get pretty detailed, and definitely think about the obligatory scene and any twists and turns that might come in along the way. When I first started, my final novel looked very little like the original outline… These days, however, I’m writing a bit faster and have a better sense of the way novels (and my characters) work, so what I first put on the page in the outline is close to what is ultimately published.

What I like best about this process is the fact that starting this way means I can generate a fairly extensive list of scenes revolving around the elements within the structure. If I’m not feeling particularly creative one day, all I need to do is go to the outline and go through the motions until my muse returns. Once that happens, things feel spontaneous and magical all over again – but since I can’t count on spontaneity and magic to earn a living as a writer, I know I’ve got the outline to fall back on whenever necessary.

If you’re interested, I’ve created this handy infograph with the key elements of 3-act structure here. Feel free to download and reference whenever you need it, and happy outlining!

Jen Blood is the USA Today-bestselling author of the Erin Solomon Mysteries and the Flint K-9 Search and Rescue Mysteries. You can learn more at http://www.jenblood.com.

2 Responses to How to Outline Using the 3-Act Structure