Recently I had the pleasure of being interviewed by Peter Bollen for a piece in the Bridgton News. Pete was gracious enough to allow me to repost the unabridged interview here on the Maine Crime Writers blog.

Q: You had a distinguished career in law enforcement. Are you now retired and do you write full time?

Thank you. I was very fortunate to work twenty-eight years with some phenomenal people, and I had some amazing opportunities. I retired from police work in 2012 with the dream of becoming a full time author. My dream has been realized.

Q: When did you decide to become a writer?

Always a tough question to answer. I often wonder if the decision was truly mine. Sometimes it feels as though these things pick us. I loved reading and having stories read to me as a youngster. I can still remember sitting cross legged on the floor at my grandmother’s house listening to Peter and the Wolf on the console record player over and over. And I remember my third grade teacher Mrs. Dunham reading Roald Dahl’s Charlie and the Chocolate Factory to the class. I think the true turning point for me was when I read Stephen King’s Salem’s Lot. It was King’s storytelling really made me want to pen my own tales of fiction. In 1976 I was writing a paper about Stephen King and wrote to him with a few questions. I still have the typed and signed letter that he wrote back to me.

Q: Has any particular writer influenced you?

There are many. King obviously, for the reasons stated above. Robert B. Parker’s Spenser hooked me early on. Dennis Lehane and James Lee Burke have captured my attention as of late. I’m trying to catch up on all the mystery reading that I never had the time for as a police officer.

Q: What individuals have influenced you in life?

New England writer Kate Flora has had a huge impact on me. As prolific as they come, Kate has penned several different mystery series as well as true crime books. I met Kate when she was writing a book about a murder case I helped work on, Finding Amy. Many years later, Kate became my writing mentor. I don’t believe I would be where I am today without her guidance. 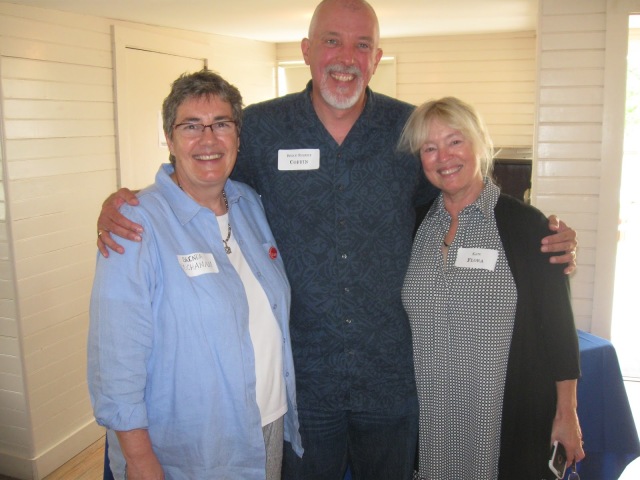 Q: What books do you have on your bookshelf? Any particular genre you prefer?

I think horror, mystery, and true crime interest me the most. But really anything well-written that captures the imagination or evokes emotion is my go to. I recently finished Ordinary Grace by William Kent Kruger and I highly recommend it.

Q: Would you say in your current book that parts of it are autobiographical?

Many people think so. In truth, the books I write are filled with things that I or my former colleagues have experienced. I try to insert as much realism as I can in each book, this means I draw heavily on personal experience when writing certain scenes. So in that way I guess the answer to your question is yes.

Q: Are you working on a new book or project?

I am currently working on the third novel in the Detective Byron series, tentatively titled Beyond the Truth. There is no question that the third novel has been the toughest to write. I have found myself digging deep into my own well of personal experiences and emotions on this one.

Q: Do you have a particular writing regimen?

I normally like to write first thing in the morning. I find that my brain and typing fingers are a bit more in sync at that time of day. Most times I will sit down and begin by editing some of the previous day’s work. Editing acts as a warm up and stretching exercise for the brain. I write anytime the mood hits me, but earlier in the day seems to suit me best.

Q: I always ask writers about Writer’s Block. Do you experience this? If so, how do you deal with it?

I’ve never experienced anything like the full blown writer’s block described by some scribes. There have been times when the scenes aren’t coming to me or I’m stuck on some plot point. When that happens I either head to the gym and punish myself on the elliptical or go down to the basement and work the heavy bag until the fog clears. I’m not sure why this works for me but there is something about getting the blood pumping that opens the creative floodgates.

Q: Do you have any advice to an aspiring writer who wishes to publish?

Be prepared to work your butt off and to be disappointed. Landing a traditional publishing deal is hard. Finding an agent is hard. Writing a novel is hard. But if you really enjoy the writing then you’re halfway there. The goal can be publication, but the love should always be the writing. If you want it bad enough and are willing to take criticism and improve your writing skills, publication is an achievable goal.

Q: If you could have an evening with three individuals dead or alive, who would you invite?

My first invite would go to novelist Robert Peter Tristram Coffin, a distant cousin, won the Pulitzer Prize for poetry and taught at Bowdoin College. My second would be Charles Carleton Coffin, another distant cousin and novelist. Charles was perhaps the best known reporter to cover the civil war. He interviewed Union generals and was present for many of the battles, including Bull Run, Antietam, and Gettysburg. My final invite would probably be Stephen King, for it was his storytelling that hooked me in the first place.

Q: Anything you wish to add to this interview, please feel free.

Prior to becoming a full-time writer I was an award-winning artist. In 2008 I was commissioned to paint a portrait to commemorate the one hundredth anniversary of the Federal Bureau of Investigation. The portrait I created was of Special Agent Edwin C. Shanahan, the first agent to be killed in the line of duty when he was shot in Chicago while trying to apprehend a car thief on October 11, 1925. The painting titled Fidelity, Bravery, Integrity is on permanent display in the Boston Field Office of the FBI. Of all the pieces I was commissioned to paint, this is one of my favorites. 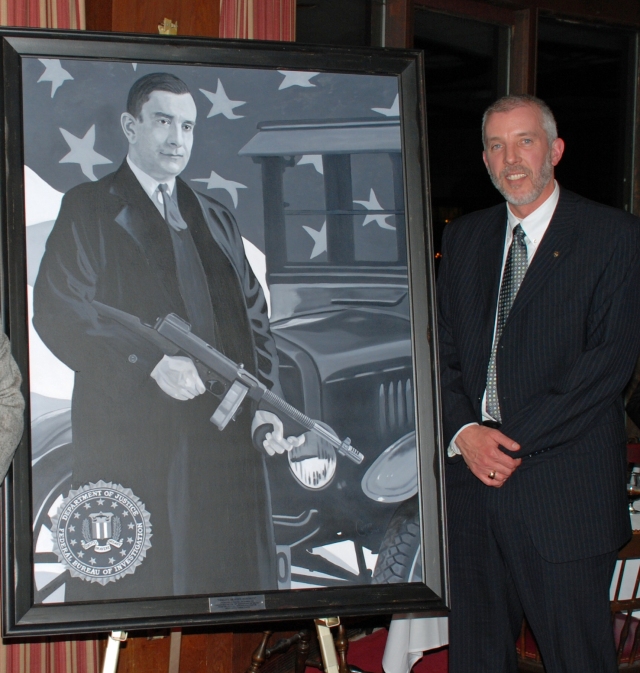 Bruce is a retired detective sergeant with more than twenty-seven years in law enforcement. At the time of his retirement, from the Portland, Maine police department, he supervised all homicide and violent crime investigations for Maine's largest city. Bruce also spent four years working counter-terrorism with the FBI, where he earned the Director's Award, the highest honor a non-agent can receive. He is the bestselling author of the Detective Byron Mystery Series from HarperCollins. His short stories appear in a number of anthologies including The Best American Mystery Stories 2016. Bruce lives and writes in Maine.
View all posts by Bruce Robert Coffin →
This entry was posted in Bruce's Posts, Uncategorized. Bookmark the permalink.

2 Responses to A Recent Interview