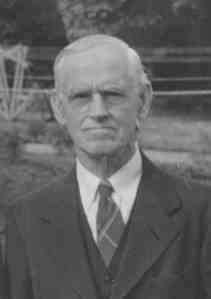 Kaitlyn Dunnett/Kathy Lynn Emerson here, today thinking about how subjective our memories are. I’ve known this for a long time. Back in 1980, I edited my grandfather’s memoirs. He wrote them based on his diaries, most of which recorded nothing more exciting than when he planted various crops, what the weather was like, and who had just died, and on his memories of events that took place many years in the past. A lot of what he knew at the time of those events was based on gossip. When he was recounting a scandal or a crime and he didn’t know those involved personally, he tended to be a bit careless with details. Although I knew some of his statements should be taken with a grain of salt, I didn’t want to censor his story. I added a few editor’s notes along the way and let his account stand. For those interested, “The Life of a Plodder” (his title) is online at http://www.kaitlyndunnett.com/gorton.htm

When I started working on the “Deadly Edits” mysteries, featuring a retired school teacher turned book doctor as the amateur detective, it was with the idea that I would call on my own memories of growing up in the Borscht Belt of New York State to create the setting. My protagonist, Mikki Lincoln, was born and raised there. As I have, she’s spent the last fifty years living in Maine, but she makes the impulsive decision to return to her roots. Three things combined to make this seem like a good idea to her. As a recent widow, Mikki finds it difficult to stay on in the house she shared with her husband. Her high school class is holding its fiftieth reunion. And the house she grew up in comes on the market. Only after she buys it and moves in does she fully realize how much has changed in five decades. 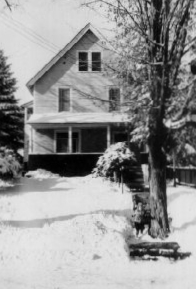 my old house (and Mikki’s)

Although the murder and Mikki’s involvement in the investigation are set firmly in the present day, events and relationships from her past keep popping up. These both help and hinder her progress. That her memories are frequently my memories presented me with a challenge. My recollection of events from my childhood and teen years is amazingly vivid in some places and totally blank in others. In addition, what I remember of those days is very different from what some of my classmates recall. We all have selective memories. They pick and choose which things to save. They also tend to make small changes so that when we replay those scenes in our minds, the past is distorted ever so slightly, usually in a way that makes us look better than we really were.

Nope–neither of us remembered it!

When I went to my fortieth reunion, I was sitting next to my best friend from high school while one of the “boys” from our class reminisced about the celebrations after our team won an away game and a championship. Football, I think. I went to home games and pep rallies back in the day, but I had absolutely no recollection of what he was talking about. I looked at my friend and mouthed “Do you remember that?” and she shook her head. Similarly, events that were of huge importance to me will barely have registered on the radar of others in my graduating class. 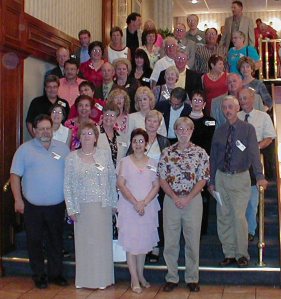 I suppose this may be an advantage. If I use a few real memories in Crime & Punctuation (in stores May 29) and its sequel, Clause & Effect, few people are likely to recognize them. My unique perception at the time, plus the distance of fifty-plus years, will equal something far closer to fiction than to reality. And, of course, in a lot of cases, I am making this up.

It will be interesting to see if anyone but me can tell the difference. 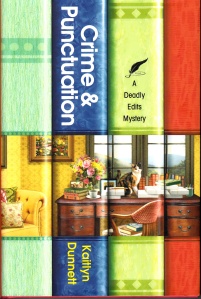